The original Koala Jo (TM) Logo has now become the symbol our KJ Hero likes to show off on its very on clothes. Yes, KJ Hero likes to transcend borders, space and time and displaying expressions of attitude on your clothes is all part of making your own reality come true! Koalas rock and we love to give flight to inspirations. The Koala Jo logo also looks great on fashionable expressions of Humans and so may be spotted on unique item around town.

The Koala Jo logo, with its unique type setting was designed with the following inspirations in mind:

Notice how the "K" resembles eucalyptus leaves, the koala's favorite food; If you pay close attention, you will notice that the dot on the letter "J" has an vertical oval coming down the middle, just like the pupil of a cat. Did you know that the pupils of koalas are vertically oriented and oval? It helps them filter out out light during the day as they are nocturnal creatures. Finally, the "O" in the word Jo is in the shape of a spiral, which is also the international symbol of creativity. 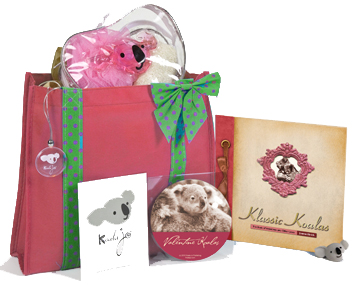 KJ Gamez™ is a subsidiary of Koala Jo Publishing(R), which was originally formed to raise awareness about the koala. Now declared an endangered species, it is under threat from habitat loss, disease and human intrusions.

Our Games encourage you to:

• Learn about global and environmental relationships while following your passions.
• Value delayed gratification and perseverance in bringing projects to completion.
• Improve brainpower skills such as problem solving and increased attention.
• Play with ease. Games were designed for any age (6 and up). 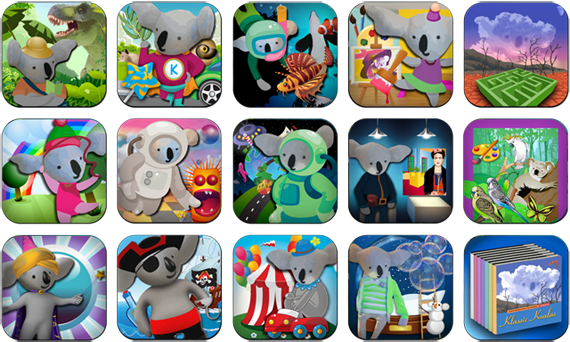 Koala Jo Publishing(R) was formed to raise awareness of the plight of the koala, now declared endangered, is under threat from habitat loss, disease and human intrusions.

Klassic Koalas™ is a trademark of Koala Jo Publishing® as well as an descriptive imprint of its line of books. Klassickoalas.com is the online store featuring books, games and merchandise of Koala Jo Publishing's books and game graphics; items range from unique accessories you can design yourself with our extensive art library. We also produce classic paintings on demand as well as free downloads. 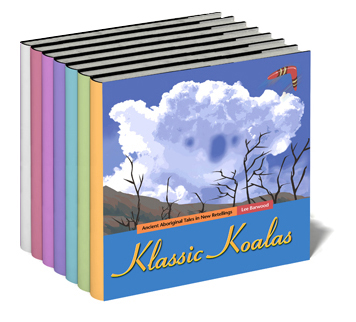